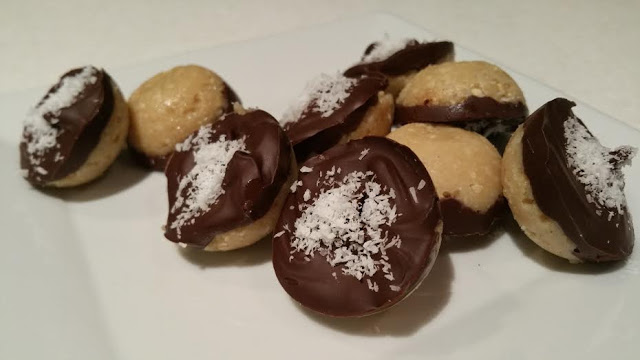 I’ve seen this recipe for the Skinnymixer’s Raw Lamington Truffle Balls floating around FB and it has had raving reviews, but I’ve always put it off as I hate getting my hands dirty lol! So I decided to turn them into small bites using my silicon moulds!!
Raw Lamington Bites
I made the recipe in the following link (minus the chocolate part):
http://skinnymixers.com.au/2015/01/skinnymixers-raw-lamington-truffle/
If you don’t have a Thermomix, you could make this mixture in a food processor/blender. 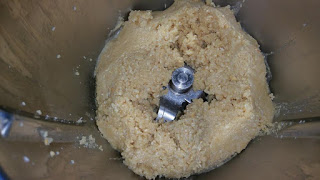 Raw Lamington Mixture
Once that was made, and taste tested (mmmm!), I used a small teaspoon to place amounts into my silicon moulds and pressed them in with my middle finger leaving a few millimetres on top for the chocolate. If you don’t have silicon moulds, you could use ice cube trays!! 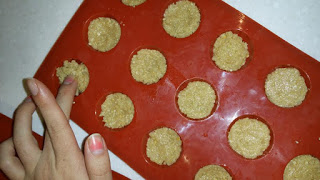 Press into silicon mould with finger 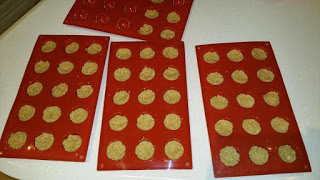 Makes about 50 small bite sized pieces
I then heated up dark chocolate chips inside a ziplock bag in the microwave – in 20 – 30 second intervals, squishing it in between until it was all melted, cut a hole in the corner of the bag then piped it on top. 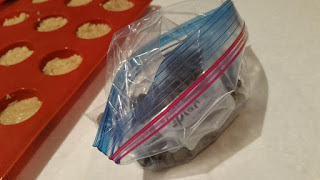 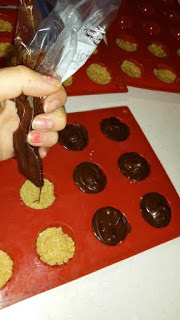 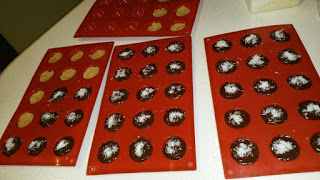 Sprinkle with desiccated coconut
I then sprinkled it with a litte bit of desiccated coconut on top.
Very easy and it popped out of the silicon moulds so easily! I put it in a plastic container for the fridge for whenever we feel like a sweet treat!! I put one in my husbands mouth without telling him it was ‘healthy’ (otherwise he wouldn’t eat it) and he kept going in for more, they are SOOO delicious!!! 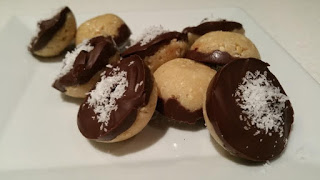 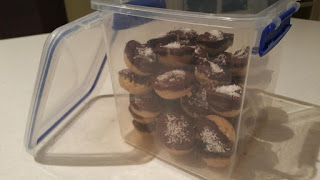 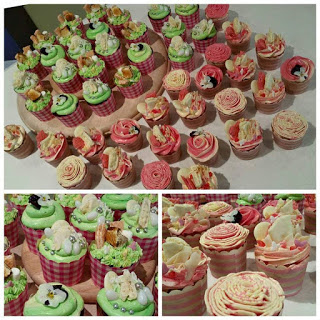 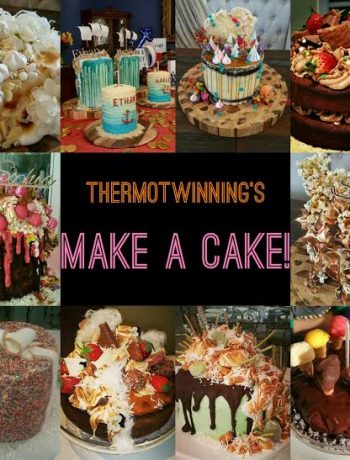 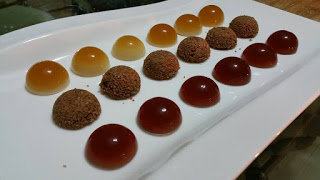