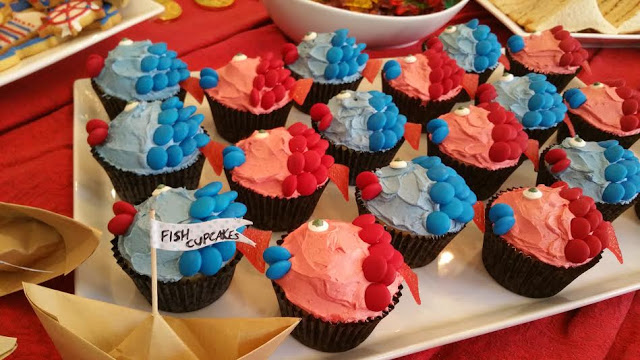 Well…there are not as fancy as the birthday cakes, but still these are very cute and an easy way to decorate cupcakes for kids in the kitchen, kids birthday, or even an adults birthday (these were more popular with my husbands workmates than the Magic Bean Cake and Sweet Potato Caramel Mudcakes which were too ‘healthy’ for them!)
I saw these on Pinterest so HAD to make them, as they were perfect for my boys nautical themed party.
The ones on Pinterest were quite colourful, they had a few different colours of fish (probably using the many colours in a smarties packet) but I wanted to keep it simple to go with the nautical theme colours, blue and red.
I bought single coloured smarties from the local party shop, and used sour strap lollies that I cut into triangles for the tails. These sour strap lollies can be bought from Coles/Woolies but I bought this pack for $1 at Kmart. 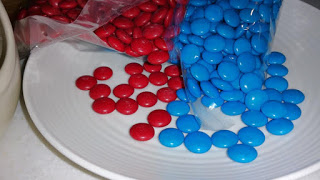 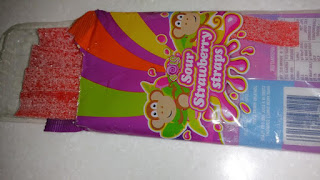 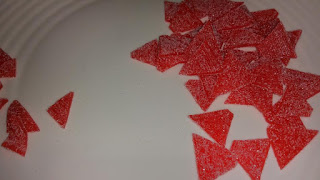 Sour Straps cut into triangles
These were made with the 30 second cupcake recipe:
http://www.recipecommunity.com.au/baking-sweet-recipes/30-second-cupcakes/225443
And I used the buttercream icing recipe off the Thermomix TM5 Chip with half the amount of milk.
However, you could use any cupcake and buttercream icing recipe for these cupcakes – Thermomix/Non Thermomix/Packet Mix!!
I coloured the buttercream with Wiltons Gel Food Colouring – No-taste Red, and Royal Blue.
I covered the tops of the cupcakes with the buttercream with a small spatula.
I then placed the smarties from the right of the cupcake at a 45 degree angle using 1 smartie, then a line of 3 smarties, a line of 4 smarties, and finishing off with a line of 5 smarties. Then placed the triangle sour strap at the right, and 2 x smarties for the lips on the left.
I then finished off with the ‘eyes’ which I found in Coles/Woolies in the baking section. 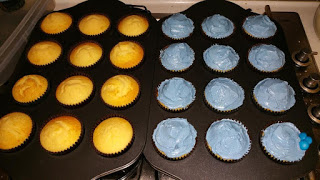 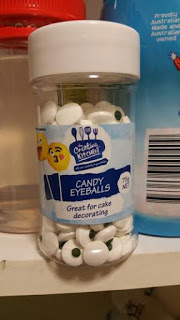 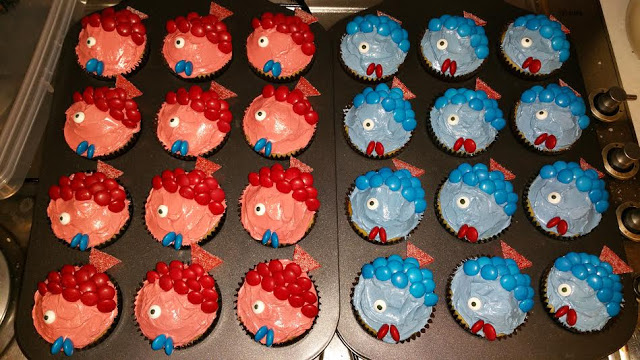 Fish Cupcakes
These are a very very easy and effective way to decorate cupcakes for kids or adults, BUT I found them to be pretty time consuming given that you have to place each smartie on individually!! So make sure you leave lots of time if you’re going to decorate these!
September 1, 2015 By Sophia Brown
0
'Sail Away' Cakes - Ethan and Harley's First Birthday V8 Jelly with Diced Strawberries 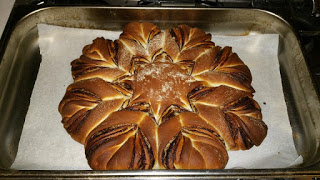 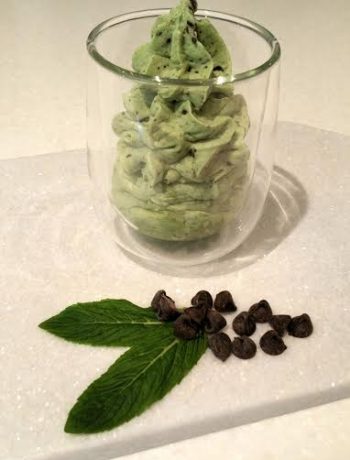 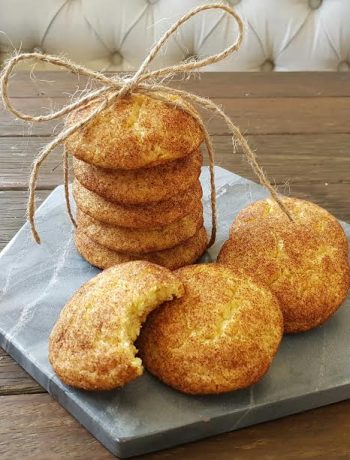