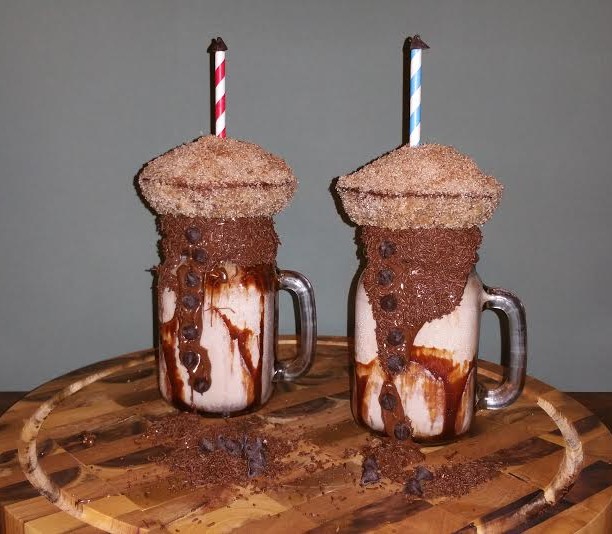 WARNING: THIS IS NOT FOR THE FAINT HEARTED!!
The latest craze on social media lately has been doughnut milkshakes! Chocolate milkshakes topped with a cinnamon sugar encrusted freshly cooked doughnut…mmmm!!
Doughnut Milkshakes
I’ve been busting to try it at the few places around Sydney, however it is way too hard to lug around 2 x 1 year olds and the double pram that doesn’t fit in these hipster style cafes 🙁 ….soooo thought I’d make it at home!!
There are generally 2 different doughnut recipes – 1. A sloppy mixture that goes right into the deep fryer (however I’m not a fan of deep frying) or if you have a special doughnut shaped baking tin, OR 2. A bread dough like texture where you can cut it with a doughnut shaped cutter, however the last time I used my doughnut cutter, it ended up in a massive fail (http://thermotwinning.blogspot.com.au/2015/08/doughnut-muffins.html)
So I thought I would use the doughnut muffin recipe (sloppy mixture) and use the mini round baking pans (from Kmart, that I used a few days ago with the Pizza Pockets http://thermotwinning.blogspot.com.au/2015/09/pizza-pockets-adult-and-baby-mushroom.html) to create large hole-less doughnuts.
DOUGHNUT MILKSHAKES
A. DOUGHNUTS
Thermomix Recipe:
http://www.recipecommunity.com.au/baking-sweet-recipes/doughnut-muffins/83758
Non Thermomix Recipe:
http://www.bestrecipes.com.au/recipe/muffin-doughnuts-L17023.html
Note: I tripled the amount of butter, sugar and cinnamon for the topping as the recipe coats just the top of the muffins, however I coat around the whole round ‘doughnut’ shape
Method:
1. Once the doughnut muffin mixture is made, divide the mixture between 6 x mini round baking pans, and bake in a preheated 180 degree oven for 20 minutes. 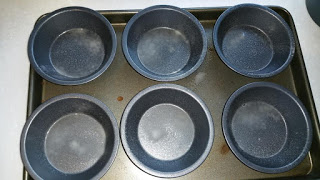 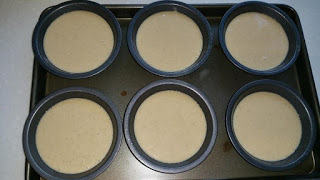 Fill with doughnut mixture
2. Once baked and straight out of the oven and still hot, take the doughnut muffins out of the pans and placed it on a wire rack on top of a tray (as it is still really hot from the oven, I used paper towels and my long-ish nails to protect my hands from the heat). 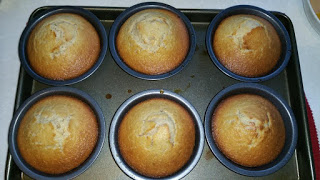 Straight out of the oven… 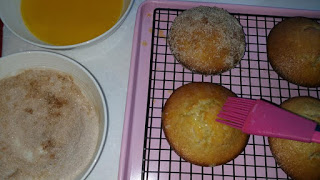 …then onto a wire rack on tray and brush with butter 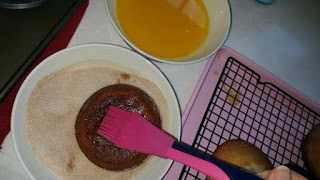 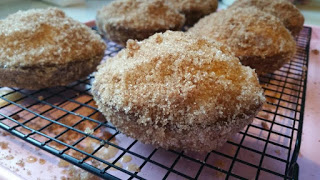 Doughnuts
B. CHOCOLATE MILKSHAKE
You can use any milkshake recipe, however this is what I made:
Serves 2
Ingredients:
400 grams milk
20 grams Hershey’s chocolate syrup
100 grams vanilla icecream
130 grams frozen custard (or you could use frozen milk or ice cubes – I always freeze excess custard as it is great to thicken up milkshakes)
1 teaspoon vanilla paste/extract
Method:
1. Add all the above ingredients in bowl and mix 45 seconds/Speed 9. 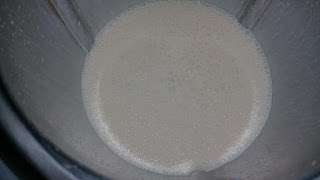 Milkshake
C. DOUGHNUT MILKSHAKE ASSEMBLY
1. Melt a tablespoon of Nutella in the microwave for approximately 20 seconds, and spread onto the top of 2 x glasses. Dip and press into chocolate sprinkles. 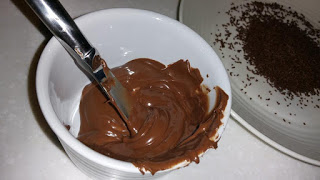 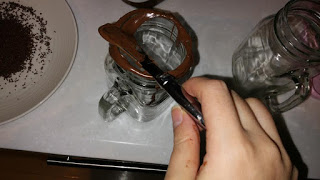 Spread on the top edge of the glass 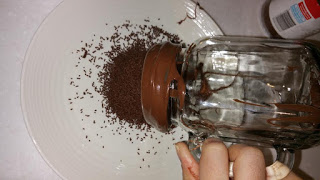 Roll in sprinkles
2. Roughly pour chocolate syrup into the sides of the glasses and fill with the milkshake. 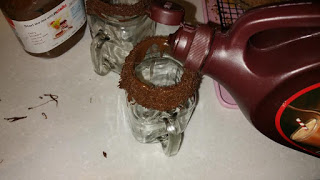 Pour chocolate syrup in the inside sides of the glass 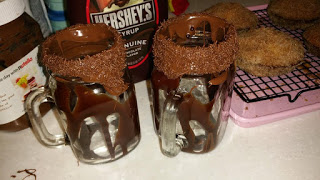 Syrup on the inside sides of glasses 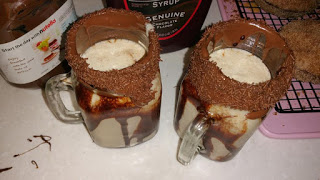 Pour milkshake in
3. Pierce through the centre of the round doughnut with a chopstick. 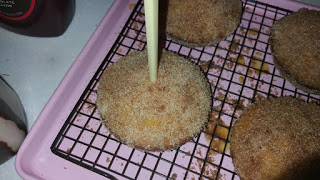 Pierce centre of Doughnut
4. Place the doughnut on top of the glass and place a straw through the doughnut hole. 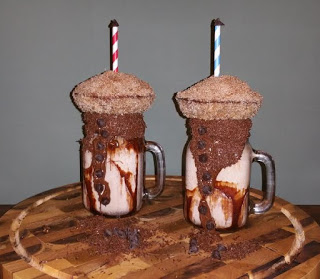 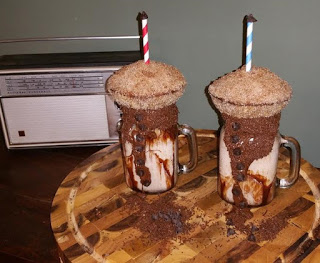 Doughnut Milkshakes
As I noted previously, this is not for the faint hearted and definitely an adult ‘treat’ food. We both went into eating/drinking this after a long few days of sick babies and wanted to treat ourselves to something super indulgent, however I was on a sugar high and felt like I was on drugs after 2 bites of the doughnut and half the milkshake!!!!!!
September 13, 2015 By Sophia Brown
0
Pizza Pockets - Adult and baby 'mushroom' size Playdough 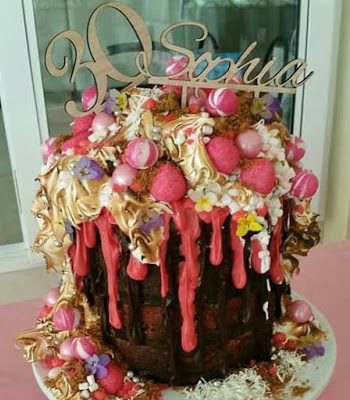 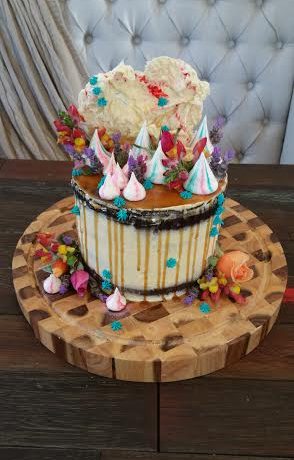 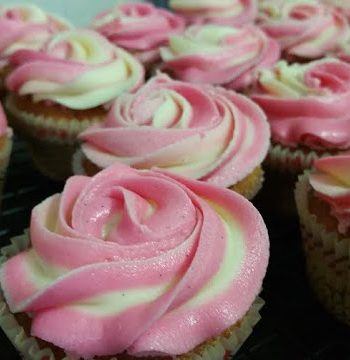