I used to be the type of person who made my curries from a ready-to-go jar, and just reheated naan bread that was already made a vacuum sealed plastic packet. Until now…
Skinnymixer’s Butter Chicken and
Thermomumma’s Garlic, Cheese and Spinach Naan
Skinnymixer’s Butter Chicken was surprisingly easy. I had to go out and specifically buy all the spices for it, but it was definitely worth making from scratch! There were quite a few steps, more than I’m used to with an average quick Thermomix meal, but it was very easy to follow. The butter chicken is sooo tasty and moreish, and tastes even better the next day!
I made 2 x batches of Thermomumma’s Garlic, Cheese and Spinach Naan which was a perfect ratio to eat with the 1 x batch of Skinnymixer’s Butter Chicken. I use Pizza cheese in the naans – a blend of tasty/parmesan/mozzarella so that it is flavoursome from the tasty and parmesan cheeses, and stringiness from the mozzarella cheese. It is such a fluffy naan and all the fillings stay in really well. It is great to sneak the spinach in there with the cheese – your non-veg-loving family members will gobble it up!
Skinnymixer’s Butter Chicken:
http://skinnymixers.com.au/2014/10/skinnymixers-butter-chicken/
Thermomumma’s Garlic, Cheese and Spinach Naan:
http://thermomumma.com/garlic-cheese-spinach-naan/ 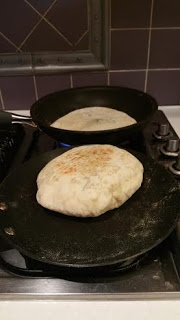 Frying up the Naan 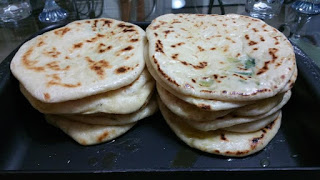 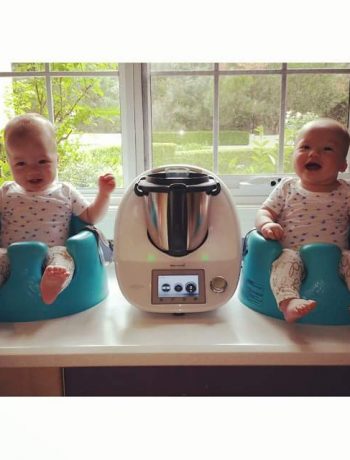 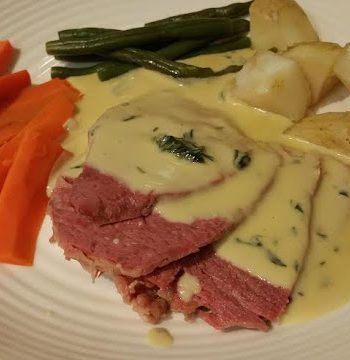 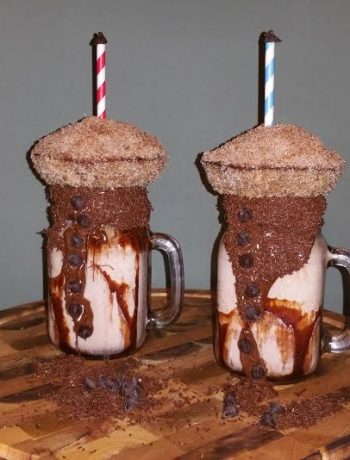